March 2015, a little over a year ago I posted "A Cautionary Tale from Becca Mills" which linked to Becca's own post at The Active Voice and recounts how her book Nolander was blocked by a DMCA notice,

Now via the Passive Voice, comes another tale of the perils of publishing; plagiarism

Eilis O'Hanlon recalls how her novels were swiped by a stranger in the Irish Independent newspaper. She unpacks a story worth telling and like most real-life stories the outcome for O'Hanlon and her co-author, Ian McConnell, writing as Ingrid Black is not tidy.

The discovery came through a tweet from @donnapatel asking the simple question; "Are you Ingrid Black?"

Time on your hands, space on your device? Are you still enjoying that break from the day job?
Visit The Grange and check out the action.
Discount codes available until the 31st March, Don't hang about and get caught on April the 1st, the clock is ticking!

Posted by Martyn at 1:15 pm No comments:

One way of putting it, more like dropped a ball, in a manner of speaking. Had a phone call this morning from a friend and reader about What You Ask For. I had the manufacturer's name wrong for a car, the Mitsubishi Pajero, and half the story was missing.

Once the slight panic and feeling of "Oh bollocks" had dissipated I dragged the tech across the desk and went to Smashwords to check.

Email ThisBlogThis!Share to TwitterShare to FacebookShare to Pinterest
Labels: ebooks by Martyn Taylor, Smashwords discount codes, What You Ask For

Gone to Earth comes off line tonight, I shall unpublish the work in progress at Smashwords. Not ready for the premium catalog the uncompleted text has noly been available as a download at Smashwords.

Gone to Earth is, effecively going to earth, like the fox pursued by the hunt, heading for cover only this time, not to hide. but to be completed, so when it appears again the whole story weill be revealed.

April is the month for getting stuck into the job, so I should find myself in various corners of the house, depending on the time of day or evening, or if the weather is kind enough, outside ejoying the spring sunshine and the steadily lengthening evenings.

Iceline -free as usual.
Control Escape - enter TP79Y at the checkout
What You Ask For - enter NT97R
The Obedience of Fools - enter JD95K

"Depend upon it, sir, when a man knows he is to hang in a fortnight, it concentrates his mind wonderfully," was Dr  Samuel Johnson's take on a deadline. Not something we are likely to face, even if we consider writing in the same vein as Bill Shankly, the legendary manager of Liverpool Football Club, who considered the game to be more important than life and death.

Chris Baty, founder and chief instigator of NaNoWriMo considers the dead line to be the writer's secret weapon. Douglas Adams  always enjoyed the sound of them whooshing along as they sped past.

Deadlines, not facing the hangman, or speeding by, but a limit. Self set, and policed, by the independent. There's the rub, self control makes them potentially flexible. Ideally they should give enough time for the job to be completed with a smidgeon of leeway, and not come up like you're running at a brick wall, even if it can move ahead of you.

The next deadline comes up tonight as Read an eBook week closes its doors and the discount code (RAE25)  at smashwords expires. The alternative codes remain valid,  on this blog and  at cheekyseagull.co.uk for the individual Grange Thrillers.
Which brings me to the plan, it's a bit formal calling it a plan at this stage, more a what am I going to do next arrangement.

Two projects,  both of them Grange Thrillers, Gone to Earth and  ClearWater, both unfinished and frankly, Gone to Earth needs a kick start, so, in need of a dead line, I've given myself a prompt. April, twenty five thousand words and hopefully a first draft put to rest by the end of the month. The protagonists are mustering for the final denouement and the scene will shortly be set, once Josie Burke has figured out the necessary deployment.

The plan is to unpublish Gone to Earth, to pull it offline until the work is finished. Once that's dealt with Clear Water takes the head and will be the focus.

When the time comes I'll keep you posted as to how things are progressing.
Posted by Martyn at 6:00 am No comments:

Read an eBook Week kicks off for 2016, seven days of discounted and free ebooks at Smashwords. The Grange thrillers are involved, with a 25% discount code - especially for this week.

Check the links with the books at their Smashwords pages;
Iceline -free as usual.
Control Escape - enter RAE25 at the checkout
What You Ask For - enter RAE25
The Obedience of Fools - enter RAE25

Flag them for your e-readers, give your friends a nudge towards new writers and books at the summer promotions page.
Posted by Martyn at 12:00 am No comments: 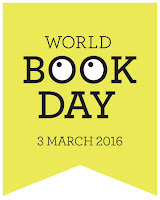 Today's the day, World Book Day, check the website for the latest updates on the day's progress. and to throw in my sixpenn'orth discount codes are online for all The Grange thrillers at Smashwords
Iceline -free as usual.
Control Escape - enter TP79Y at the checkout
What You Ask For - enter NT97R
The Obedience of Fools - enter JD95K

Gone to Earth is still a work in progress and the unfinished text is available free at Smashwords.

Buy one for yourself, point someone in the right direction; head for The Grange.

Encourage reading, you know it does you good!

Grab a piece of the action; enjoy!


The Grange, Thrillers and Suspense, ebooks by Martyn Taylor
The codes expire on 31st March, 2016.
Posted by Martyn at 12:01 am No comments: