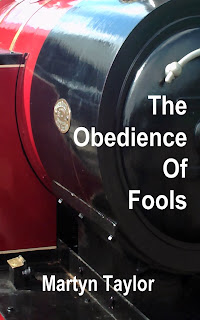 The Obedience Of Fools...and the guidance of wise men, taken from a quote attributed to the fighter ace Douglas Bader, and this years entrant in National Novel Writing Month.

With what appears to be the right paperwork, what could you get away with?

Follow the story as it unfolds via Smashwords and keep up with the latest word count here and at Nanowrimo.

Kobo - back on its feet

The lost links between my website at cheekyseagull.co.uk and Kobo appear to have been reinstated, the books are once more available for your Kobo device. Iceline is here and here is Control: Escape.

Pop along and have a look, grab yourself a slice of the action!

Posted by Martyn at 6:50 pm No comments:

Imagination to the power of... 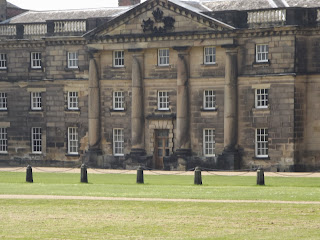 Do you think NaNoWriMo is craziness squared, 50,000 words in 30 days, OK, shift the perspective and walk another path. Imagine this; you are the guide at a historic building somewhere. A place where history and the personal stories of people ooze from the walls.
The mission, should you accept it, is to tell those stories and unfold that history in a lively entertaining way, to draw the visitors in and hold their imagination with your words. There is no rehearsal, you go live with one chance, this will be your first and only draft. It is a different group of people every time you open the door.
Your talk will last at least an hour, perhaps an hour and a half, at between ninety and a hundred and ten words a minute.
No notes, just the prompts from the things around you. You are passionate about it and once you start the words flow freely. Work an average, 100 words a minute for 75 minutes, 7500 words. That's a little less than one seventh of NaNoWriMo in an hour and fifteen minutes.
The challenge is fifty thousand words in thirty days.
Now tell me that my first draft should be anything less than my best.
Write your first draft as though it was your last.
Posted by Martyn at 9:14 pm No comments:

Caught on the horns

Definitely didn't expect this. A month ago I was struggling to pull together an idea for NaNoWriMo, then The Duck Test began to formulate and for want of any other choices I decided to go with it,  until yesterday morning when a story I had been thinking about over a year ago suddenly clicked and The Obedience of Fools took over from the Duck Test. I'm not giving up on the Duck Test, but at the moment Obedience of Fools has the edge.
The title is a quote attributed to the British WW2 fighter ace, Douglas Bader, commander of the Duxford wing in the Battle Of Britain. A double amputee who challenged authority to get back in the air when war broke out in 1939 and said that  "rules are for the obedience of fools and the guidance of wise men."
Come 0001 on the 1st of November, I may just toss a coin in the air and see how it lands. Heads for foolishness and tails for ducks should settle the question.
A ridiculous way to start a novel or in the spirit of NaNoWriMo? Instead of No Plot, No Problem, two to choose from, disobeying the rules of novelliing - they're really guidelines - and flying by the seat my pants, Nano style.
Follow the story as it unfolds through the month at Smashwords NaNoWriMo page, keep up with stats at NaNoWriMo
Stick around and be part of the action.
Posted by Martyn at 11:31 pm No comments:

Still counted out, and counting down

Kobo is still listing Iceline and Control Escape as unavailable, W H Smith links are broken and will be fixed when the chaos is sorted out. The  W H Smith website is back on-line but without self-published titles.

However, Iceline can be accessed on other links and is available at smashwords for $0.99 with the code KF94R and likewise for Control Escape   at $0.99 with code SG33N, the codes are valid until the 1st of November, when this years Nanowrimo kicks off and I plunge into The Duck Test and thirty days of creative spontaneity.

Check out the Nanowrimo page at smashwords when it goes live and follow the word count on Nanowrimo and at cheekyseagull.co.uk.

The story goes on, grab a piece of the action.
Posted by Martyn at 2:08 pm No comments:

David Gaughran has a considered response to the events involving WH Smith and Kobo in the UK and Victoria Strauss at Writer's Beware has a good resume with links to various articles including The Kernel. Both are worth reading.

Kobo hopes that the majority of it's catalogue will be back on-line - minus any offending titles - by Saturday the 19th of October. Kobo's and WH Smith's reaction was the most extreme, Barnes & Noble have removed similar titles from their stores. A follow up in the Telegraph has more detail and comments from Mike Serbinis, Kobo's chief executive.

On my bookshelf I have a copy of Iceline under its original title of Bark At Thunder. A Christmas present from a very good friend who read the first draft of the story and unbeknown to me and in collusion with others found a way of having it printed and bound. He handed it over with the hope it would encourage me to go further with it. I have no idea how closely the contents of the book were checked, you paid your money, picked the stock cover depending on the genre and the finished volumes were then posted out. 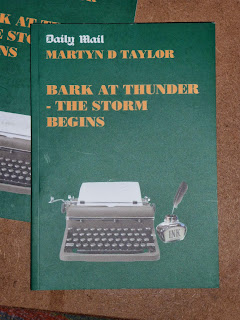 Following the story in the Daily Mail and others two of my own novels distributed to Kobo through smashwords have been culled and can no longer be found on the sites in question,  however, Iceline (previously Bark At Thunder) and Control Escape are available directly  through Smashwords.


Add the code KF94R for Control Escape and SG33W for Iceline and pick them up for 99c each.

Remember, Remember, the first of November;
complete loss of reason and plot
No characters or story,  a vain lust for glory,
its Nano time, give it a shot!

Posted by Martyn at 2:08 pm No comments:

All in one basket!

Smashwords created the series page a couple of weeks ago, announcing its arrival via the smashwords blog. A convenient spot where books belonging together can be found together, brilliantly simple.

Iceline and Control Escape are now tucked together as the first two novels of The Grange series. What You Ask For will join them in due course, along with subsequent books in the series.
For the next month, from now until Hallowe'en. The night before Nanowrimo 2013 kicks off on November 1st, Iceline is free with the code XX74J and Control Escape has code QS72V to make it free.